City of the Jaguar: Jaguar-006 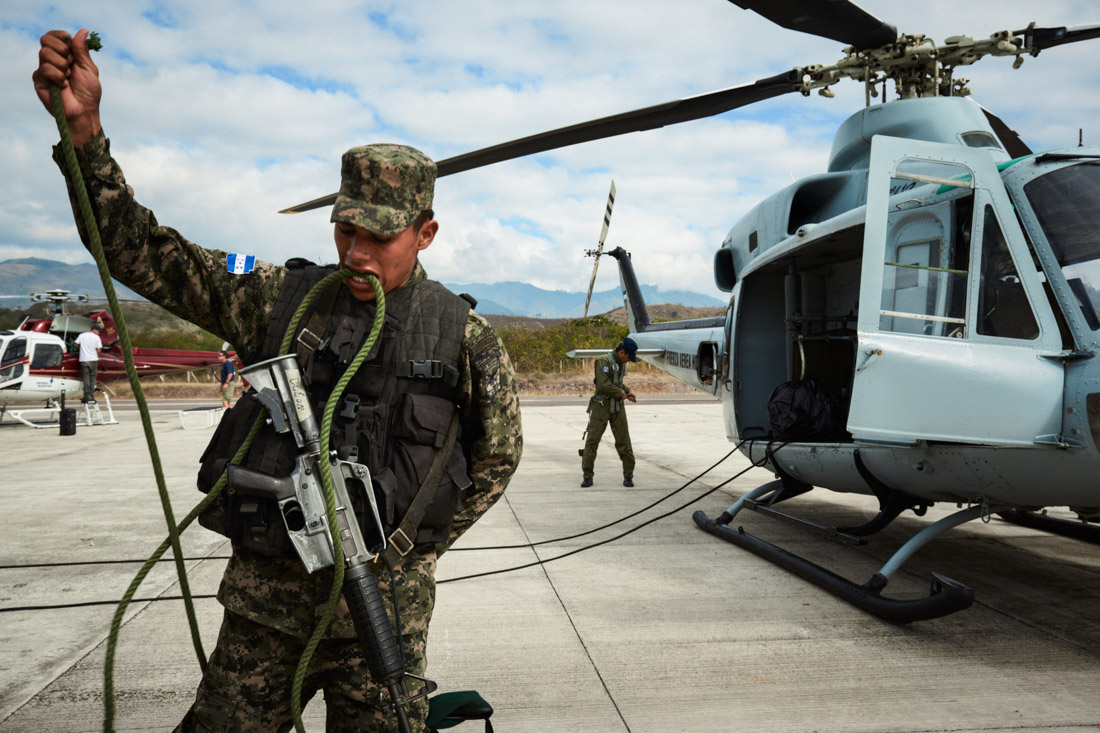 Honduran troops prepare for insertion into an area of the Mosquitia jungle that is of interest to archeologists from an air strip near Catacamas, Honduras.

From an airfield near Catacamas, Honduran soldiers, former British SAS commandos and scientists penetrated the Mosquitia jungle by helicopter to investigate structures left by an ancient culture that were neighbors to the Maya.